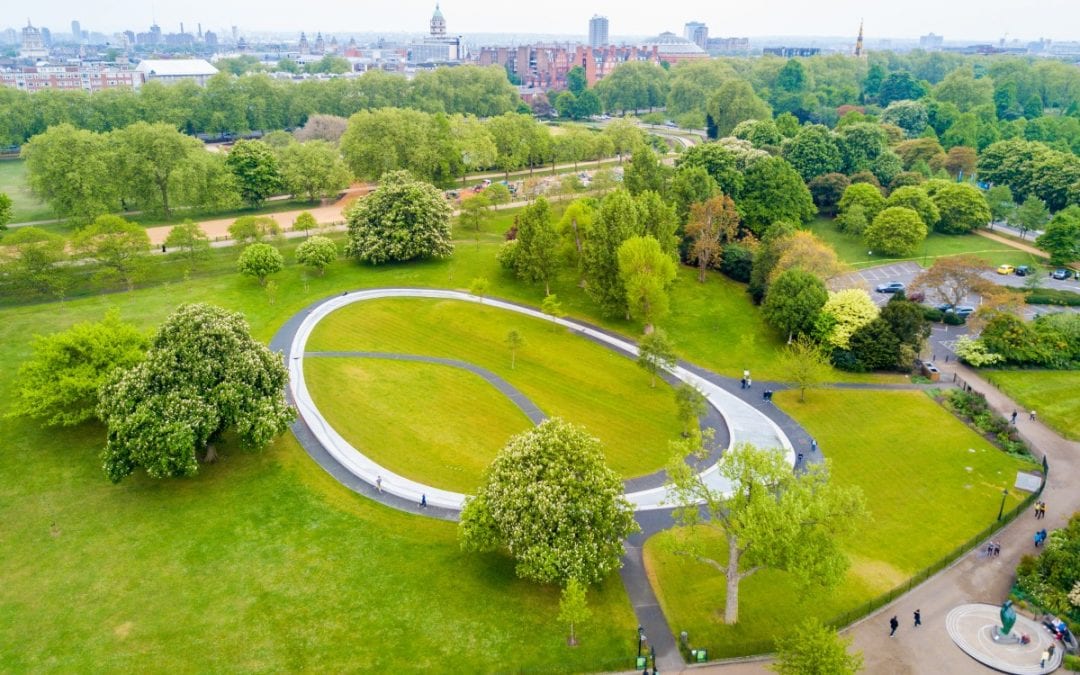 In this article, we will be talking all about Princess Diana, and Princess Diana’s Memorial Park. You will learn about the fountain, its designer, the material and more.

Who is Princess Diana?

We are sure most of you knows of young Princess Diana. The princess of Wales, Diana was born in Sandringham, the United Kingdom in 1961 on July 1st. She was a member of the British Royal Family and was the first wife to the Prince of Wales, Charles. They had two children, Prince William, and Prince Harry. Sadly, she passed away from a car accident during the month of August 1997. In remembrance of her and the legacy she left, a memorial was built in honor of Princess Diana in Hyde Park.

The park is in London and known by the name ‘Hyde Park’. The fountain can be found in the far Southwest corner of the park just past the Serpentine Lake and Gallery. The fountain was made not only to honor her, but to show for her spirit and the love she shared for her children. The cornerstone of the fountain was laid in September of 2003 and was opened by Queen Elizabeth II in 2004 during the month of July. Diana’s family was present for the opening ceremony as well as her ex-husband Prince Charles, her children Prince Harry and Prince William. This is in addition to Prince Phillip, and her two sisters Lady Jane and Lady Sarah. This event marks the moment in time in which the Windsors and the Spencers spent time together in seven years, a remarkable time for sure.

The Design of The Fountain

The project was in the works as of 2001. The fountain was designed by a local designer known by the name of Gustafson Porter. The project in its entirety was set to cost about 3.6 million euros. The designer and his wife are each a well-known designer and landscape architect. They have had input on several prestigious projects across the globe. A few examples are Washington Canal Park in DC, Rights of Man Square in France, and Garden of Forgiveness. They have also won many awards as a firm and individually for their construction.

The main goal for this fountain was to showcase Diana’s personality and showcase the amazing person that she was and will always be known to be. The fountain was made of Cornish granite, 545 pieces to be exact. The stones were imported from Ireland and cut to proportion by an Irish stone worker and his son. The granite fountain is a large oval stoned fountain that is surrounded by grassy fields. The granite stream is 20 feet wide and is very shallow in depth. The fountain consists of various twists, turns, patterns, and steps to enhance the design of this granite memorial.

Like we mentioned before, this granite fountain was made in honor of Princess Diana who was a very simple and contemporary princess amongst many. The goal for the fountain was to provide a space where many could come see the structure and view it as a place to think, contemplate, and grieve. Unfortunately, with the steep slope that leads to water many people fell and injured themselves, resulting in the fountain closing. It was reopened once wardens were assigned to prevent visitors from falling into the water. A fountain is still a place for people to go in times of need.

Just like we have mentioned in previous blogs and articles, granite is all around us and sometimes we don’t even know it. Granite is a very durable, strong, and beautiful stone which makes it a go to building material for monuments such as this one. There are times where monuments are naturally made with granite such as Mount Rushmore or a few temples in India and Egypt. There are many times in which granite is chosen to be the building material for a prestigious project. Next time you are sightseeing in a city or state you haven’t been before, look closely at monuments and memorials. Do you think it is granite? Does it look similar and share the same attributes as granite? You never know, a place you visit daily could be made of granite and you might not even know it!