The Many Uses of Marble 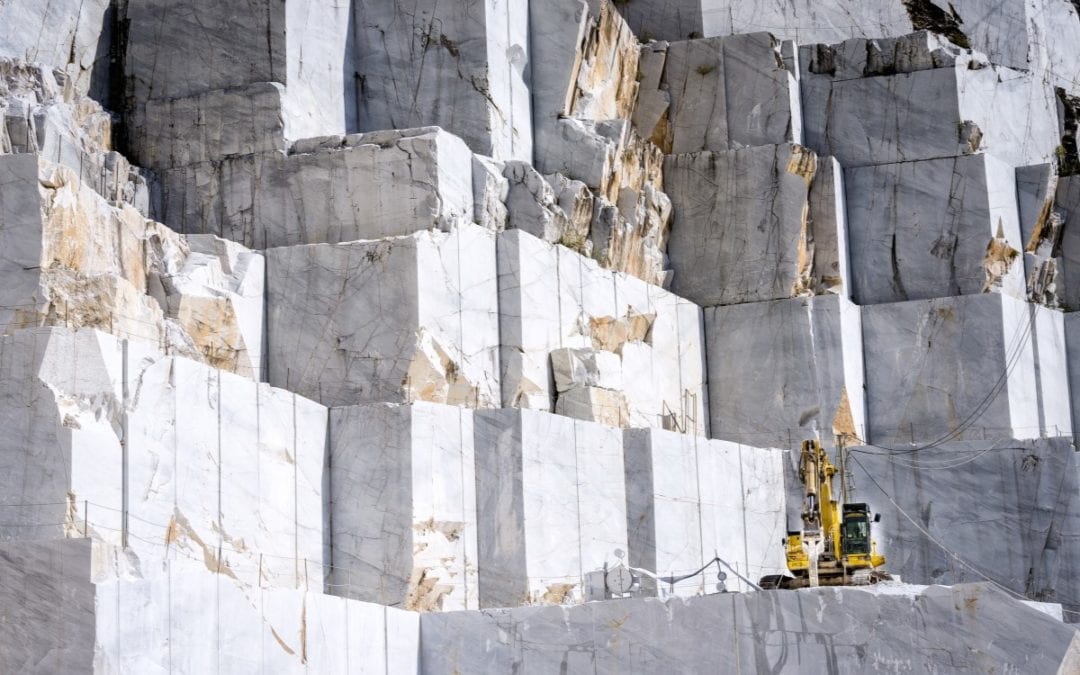 There are very few stones out there that hold as much prestige and diversity in use across the world as marble. It is a staple material in some of the most renowned architecture and sculptures throughout history. Beyond buildings, its chemical properties can also be used in pharmaceuticals and agriculture. It’s incorporated in cosmetics, paint, and even some kinds of paper. With so many uses in such a plethora of different forms, marble is quite abundant and affordable all around. It has unique properties of strength, beauty, and chemical makeup that have made it one of the most sought-after stones for centuries.

As many know, the Taj Mahal was constructed using marble extensively throughout the building. It was built between 1632 and 1653 as a mausoleum for Mumtaz Mahal, the third wife of the Mughal emperor Shah Jahan. Today, it is one of the most beautiful and famous buildings in the world. The iconic domes and towers of the Taj Mahal are made entirely of marble and are beloved across the world for their beauty and historical significance.

Another famous marble delicacy is the Supreme Court Building. Constructed between 1932 and 1935, the Supreme Court Building utilizes several different varieties of marble throughout its entirety. On the exterior, Vermont marble was extensively used. The inner courtyards were constructed with bright white marble from Georgia, and the interior corridors and entrance halls were made with creamy white marble from Alabama.

The Washington Monument was built in three phases, all using a different variety of marble. During its initial construction, the monument was built using marble from Texas. The project ran out of funds, and was consequently halted for nearly 30 years. When construction resumed, marble from Massachusetts was used, but the quarry had difficulty delivering stone on-time so their contract was cancelled soon after. Finally, in 1880, a quarry near Baltimore was able to provide marble to finish the project. If you’ve ever visited the Washington Monument, you’ll notice that the last marble that was used is a bit darker than the bottom ones. The Washington Monument is one of the most iconic and recognized structures in the United States.

Believe it or not, marble is used in agriculture in addition to its luxurious beauty in buildings. Marble can be heated in a kiln to drive off carbon dioxide that’s contaminated in the calcite. What remains after this kiln treatment is the calcium oxide, also known as lime. Lime is a commonly used agricultural soil treatment to reduce the overall acidity. Plants need a neutral environment in order to grow properly. When combined with fertilizer, lime can greatly increase the yield of a soil, a very desirable trait for farmers and those relying on food production as a means for well-being and a source of income.

As we previously mentioned, marble is composed of calcium carbonate. This chemical is very effective at neutralizing acids. Marble can be crushed into a powder-like substance and added into products such as Tums and Alka-Seltzer to treat acid indigestion. Marble can also be used as a soft abrasive because it’s softer than most kitchen surfaces and can be used on them as a scrubbing agent without damage. A common item you may know for this form of marble is Soft Scrub.

Because marble is a fairly easy stone to cut and engrave, it’s often used in the form of tombstones and cemetery markers. It’s also a relatively affordable and abundant material, so it does well in areas that need it personalized frequently.

As you can probably imagine, marble is an important resource for industries of all kinds across the world. Many rely on it day in and day out to keep them healthy, have a roof over their head, and food on their table. It may go unnoticed at times, but marble is so much more than the beauty it’s known for. As a vital nutrient for a plethora of daily needs, its applications to the world beyond countertops is immense. To learn more about this awesome material, or to take a look at our extensive inventory of marble, give our specialists a call today to get your hands on some of the best stone out there!