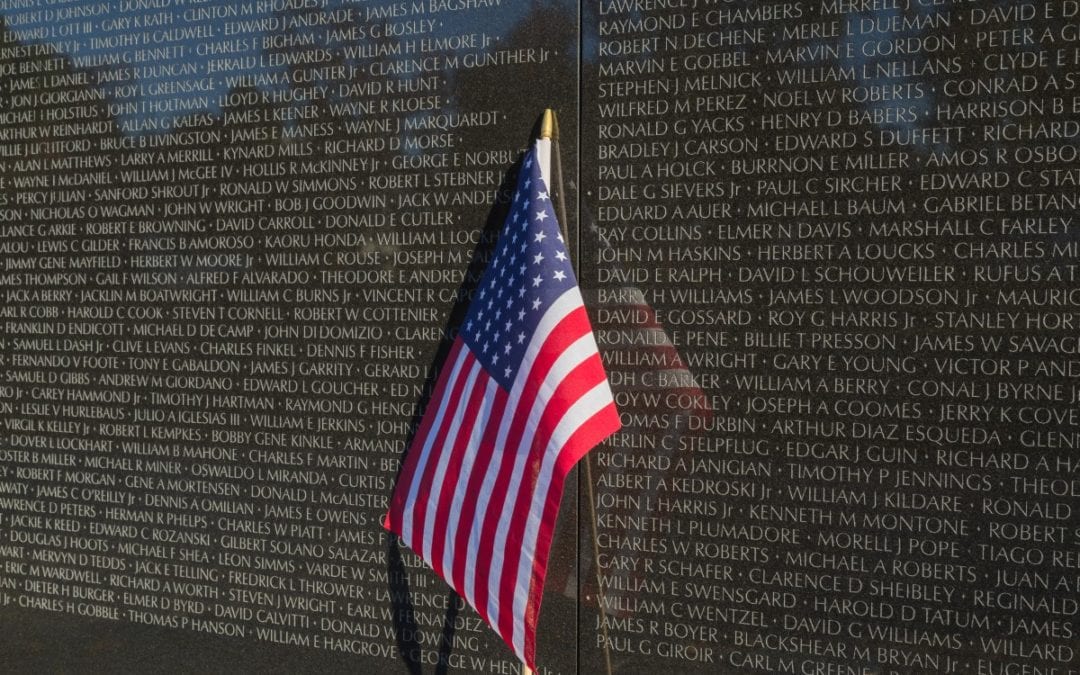 A black granite etched wall that sits in the heart of Washington D.C holds the names of thousands that fought to defend our country. This wall holds fathers, mothers, sons, and daughters of people who were left in complete turmoil. This wall stands as a piece of history and will always remain a reminder of the U.S soldiers who died in service during the Vietnam War.

On this granite etched wall, there are over 58,000 names of people alongside the notes and gifts from loved ones who visit regularly. The wall which was constructed in 1982 has been a place where people come to remember the dedication and devotion these soldiers had.

The entire Vietnam Veterans Memorial stretches for 2 miles in Washington D.C. and has been since grown into three different important memorials all umbrellaed under each other.  The main wall was constructed first, The Three Soldiers, and the Vietnam Women’s Memorial.

The Three Soldiers is a bronze statue that was unveiled on Veterans Day of 1984. It is part of the first memorial wall built in a way to commemorate the war we fought in Vietnam. It was also the first representation of an African American on the National Mall as one of the soldiers who appears in the statue is African American alongside a European American and a Latino American. The Vietnam Women’s Memorial stands as a reminder and a tribute to the Women who fought in the war as main nurses. This portion of the memorial was established in 1993 and is loved by many.

All the names that are written on the wall are the names of individuals that died with inaction, murder, accidents by motor vehicle, animal attacks, heart attacks, and drowning. There are also names of people who were MIA or otherwise known as missing in action. Before the construction of the wall began, President Eisenhower made the final day for any names to be included in the wall May 1, 1975, so families who wished to remember their loved ones could be sure their names were going to be included.

Visitors to the wall have created rituals that have stuck over the years and include leaving sentimental gifts, offerings, and notes which are collected by a park ranger over time. As well as a ritual called “rubbing”, which is when loved ones take a paper and pencil over the names of their lost family members and rub the name through onto the paper. While the wall is a popular attraction for those visiting Washington D.C., there are loved ones who come visit daily with incredible gifts and offerings. The most incredible offering that has even been left was a cage door painted with a scene from the War.

The wall was designed to be a black granite slab, with the names lightly etched into the stone to be a simple, yet powerful monument for remembering this tragic day. The stone was sourced from Bangalore, Kamataka India, with the fabrication of the stone being in Vermont. The memorial’s construction began on March 26, 1982, after the design was approved just a few days before. All of the names that appear on the wall were managed by Datalantic in Georgia. Once the names were decided on, the stone was shipped to Memphis, Tennessee where they were etched into the slab. The etching was done through a process of photo emulsion and sandblasting.

As a tribute to the soldiers who passed after the war from injuries and illnesses they sustained, a plaque was added to the wall in November of 2000.

This wall is more than just an incredible slab of black granite. It has been a post for grieving past relatives that saw the war. It’s intriguing to see how often granite is used around us, and we don’t even notice it. Next time you are in Washington D.C., visit the wall and admire the creativity and hard work that went into creating it, along with the dedication from the soldiers who fought. If you are ever out sightseeing, take a minute and see if you can find granite being used around you.